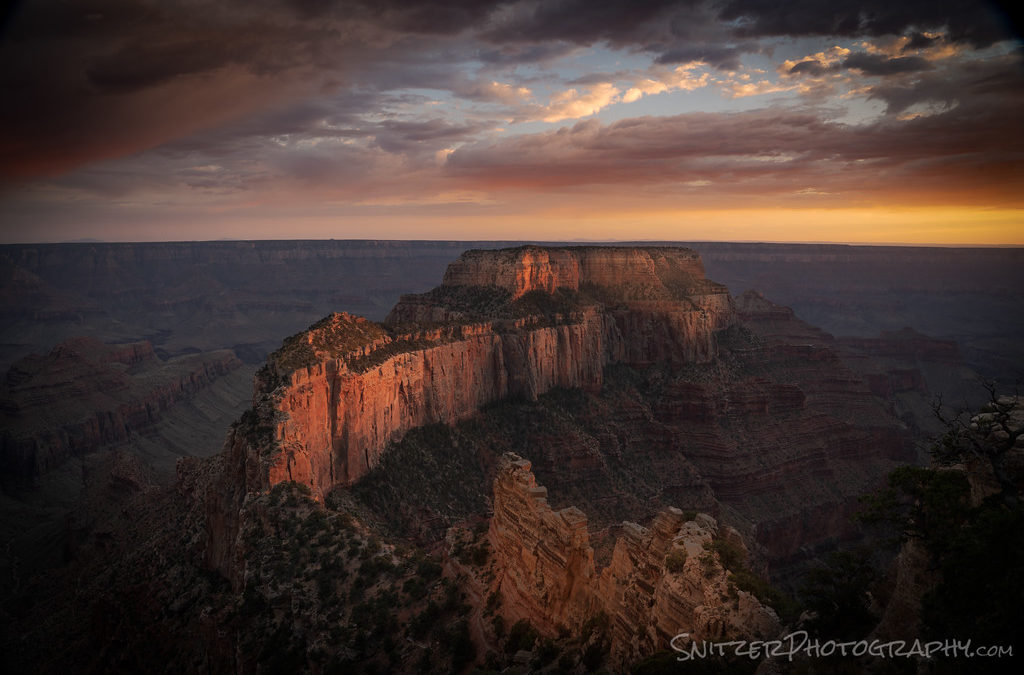 The Grand Canyon’s North Rim is bomber, especially now, with the monsoon season rolling in.  You get amazing cloud-filled skies and sunsets to die for.  Not kidding folks!

Did I mention that the North Rim is cooler (than the South) and wayyyyy less crowded?  Being remote and offering only 300 rooms, if you’re lucky enough to “get a place to stay” you basically have the place to yourself!  Cape Royal (below) just before 8 pm. 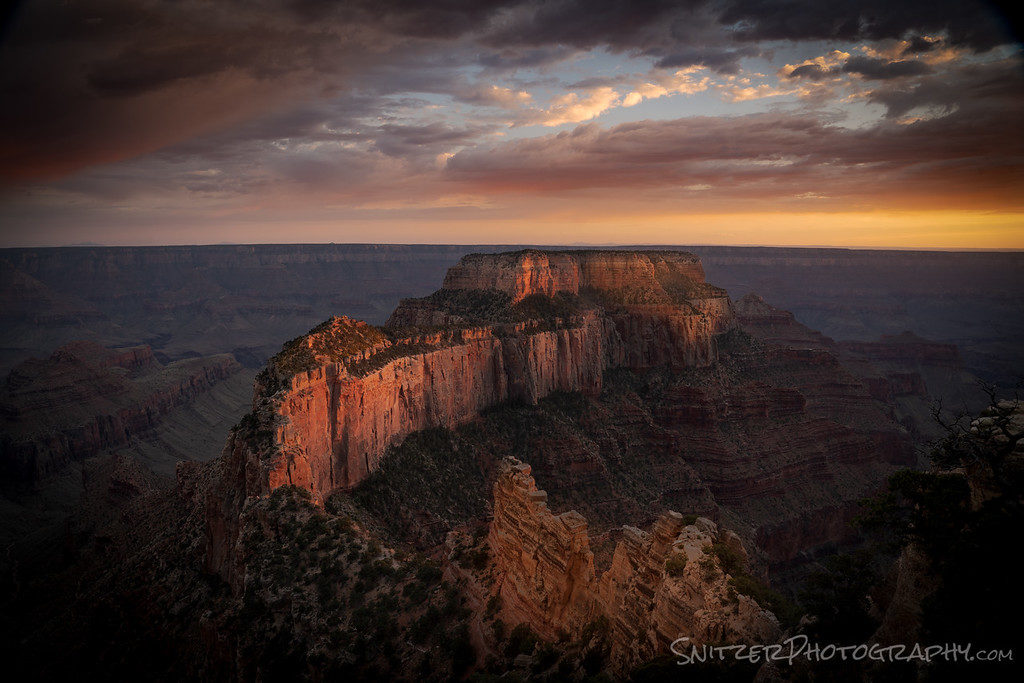 Your fearless leader on a 5 by 8-foot rock outcropping (taking the above shot).  500 feet down if I step backward. 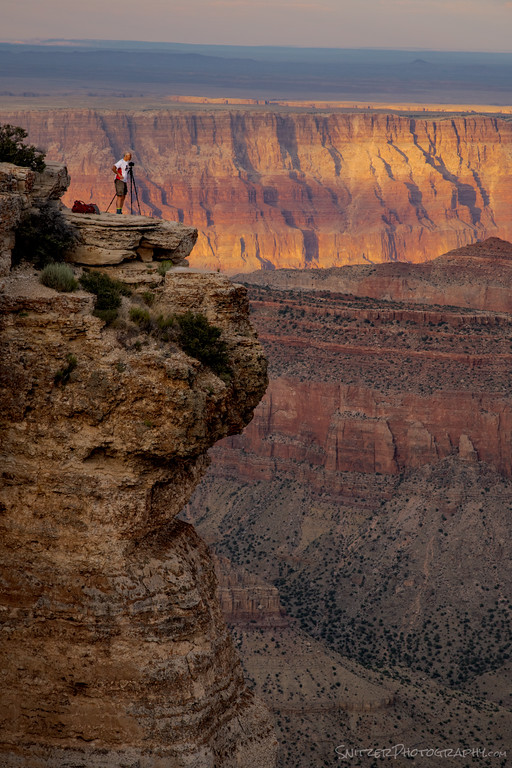 Sunrise isn’t half bad either. 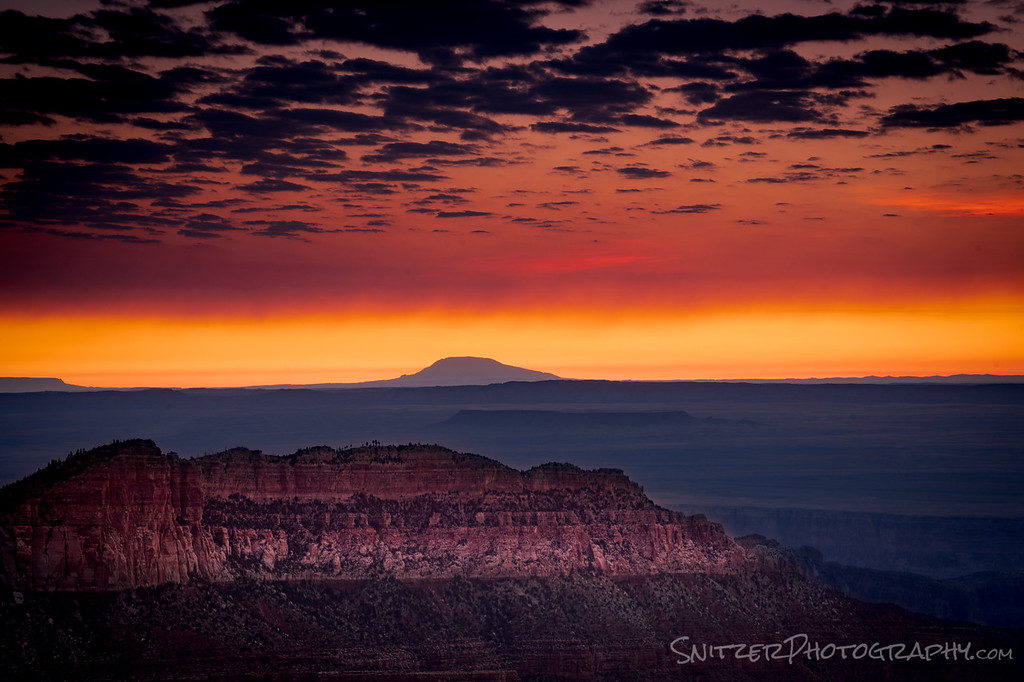 You’ve probably never seen this pic of the Canyon before?  Drove out to Cape Royal after midnight (I need my head examined) to capture this. Why so late?  Because the Milky Way lines up perfectly with the moon illuminating the canyon walls from my behind at precisely 3:30 am.  Happens 5-6 days per year. 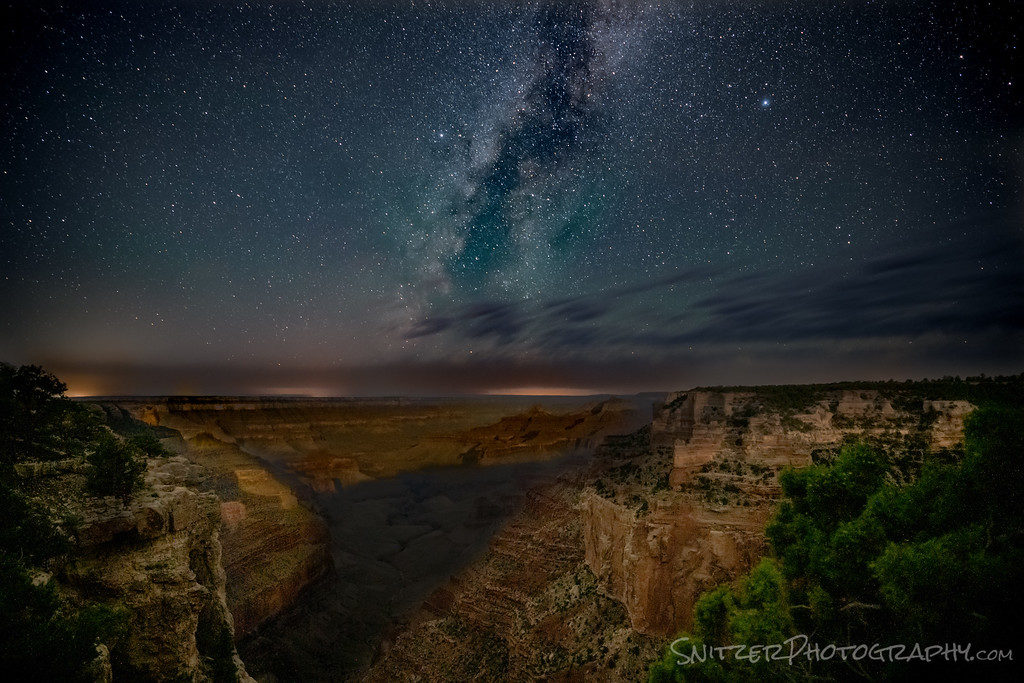 On to the San Juan mountains which were blanketed with a massive snowpack this past winter.  That means the best wildflower bloom in decades and waterfalls/streams running wild. 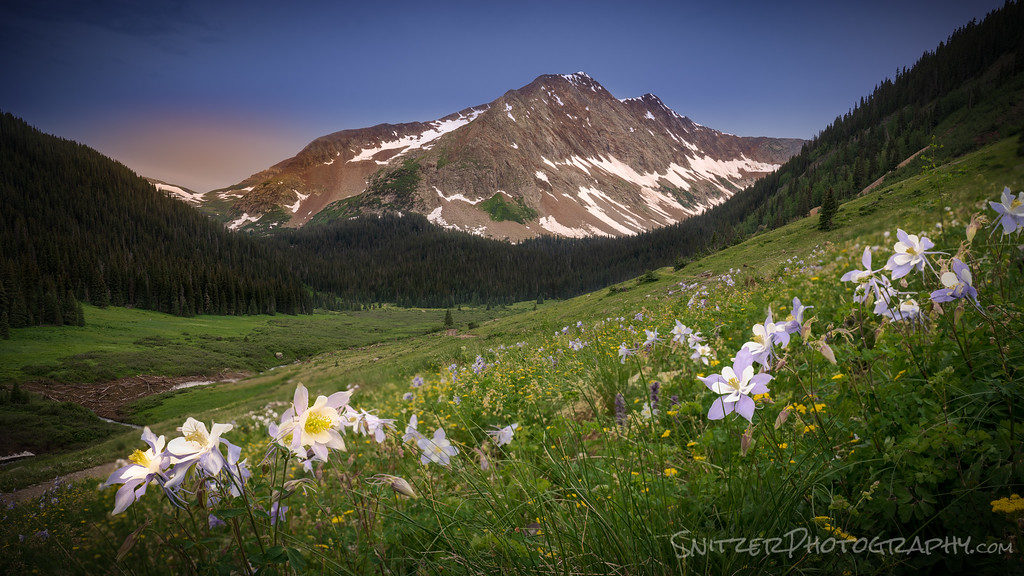 Even at this late date, there is plenty of snow to be found. 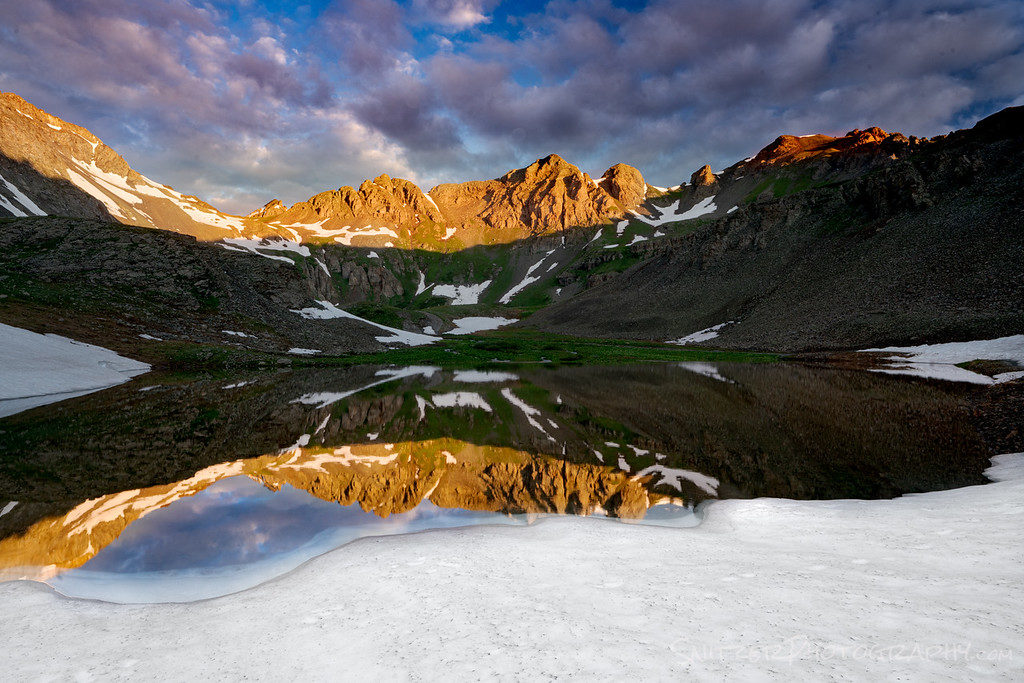 Below is the Silverton Narrow Gauge Railroad which runs three times per day ( a real steam engine)! 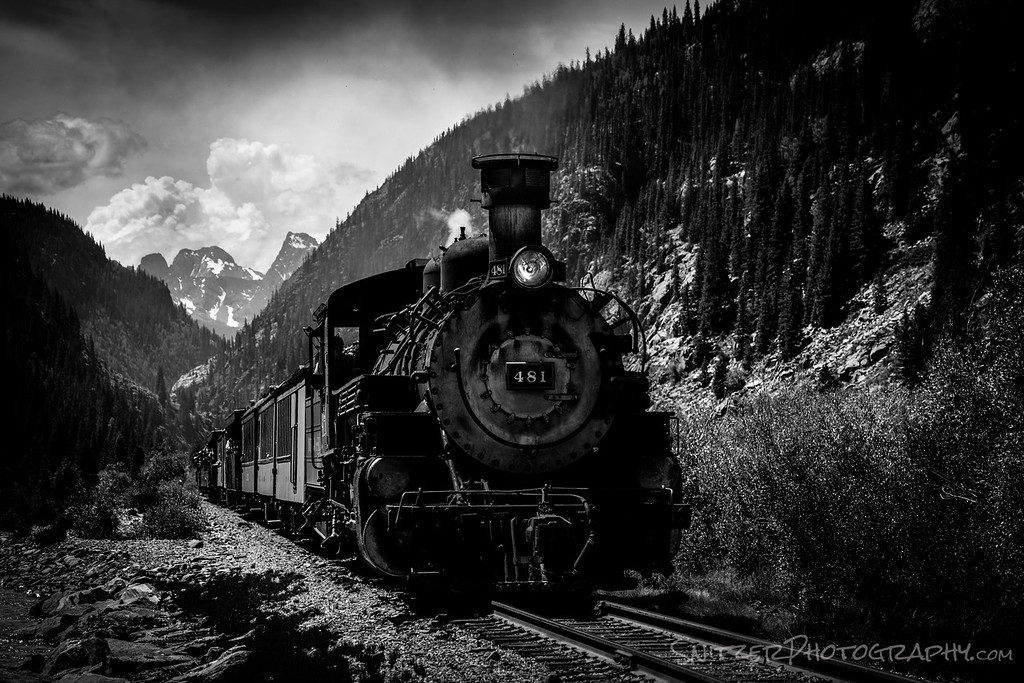 We also had a chance to visit Canyon De Chelly on the way home.  Spectacular but hot (over 100 degrees…ouch)! 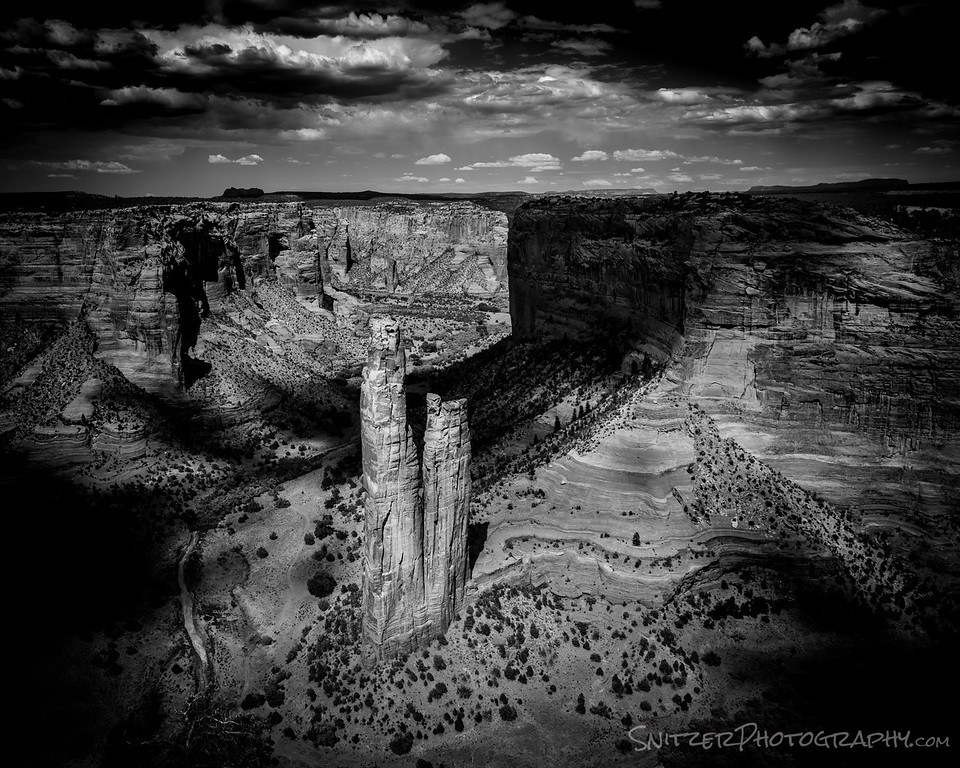 Get the Snitz Photo of the day!
Skiing the morning cord ⛷️

A river runs through it

Watching the fog roll out💨

“Rolling down the river “, John Fogerty.

Spider convention in the Ozarks 🕸

Snitz living on the edge😳