The new Mavic III Classic is the more affordable version of the Mavic III (which I own).

A bit of history. It’s been four years since the Mavic II Pro was released. At the time, this drone was priced around $1,300 and could top out at $2,000 with additional batteries, accessories, and a smart controller. In 2020 the company introduced the Mavic Air II, a similar but less expensive drone that started at around $1,000 (since being improved with the Air2s model). Similar photo/video quality range. Ergo a great value.  See update at bottom (new DJI Mini 3 Pro)*

So is the Mavic III Classic worth it? Is the latest and greatest worth your hard-earned $? In short, YES!

1. Much better sensor: While the same resolution (20MP) as the Mavic II and Air 2s this drone has a Micro 4/3rds sensor. Ergo the more modern sensor is twice the size. This drastically reduces noise and improves dynamic range (by about 1 stop)*. It’s also much more ISO invariant and produces superior images in low light. In the past, to get clean reproducible images, I’d need to shoot a burst of 5 shots and noise stack*. Now I can get good quality from one image.

2. While the drone’s forward/backward travel speed hasn’t improved, it’s ascending/descending speed has doubled (8meters/sec vs 4 up, 6/3 down).

3. The Mavic 3’s flight time is improved from 31 mins to 46 minutes. This is huge. Normally it takes 5-10 minutes to get my drone in position to photograph (especially if I’m traveling to a remote location). Considering I need to leave 20-25% battery available to return home, the earlier drones usually allowed only 15 minutes of actual shooting time. The Mavic 3 allows almost 30. Twice as much is better! Plus, because I often shoot at altitudes of over 1,000 feet, the faster ascent/descent speeds save precious time.

4. Better range. 10 miles vs 6 with the smart controller. In real-world operations, I typically was able to fly the Mavic II Pro about 2.5 miles away before I’d run out of signal strength. The Mavic 3 realistically stretches that to about 4 miles. As a nature photographer who shoots in faraway places, trying to generate unique compositions, this is a significant advantage.

Bottom line: The Mavic 3 Classic is really geared for Pros or serious amateurs. It’s an expensive but great piece of hardware. For most hobbyists, the Mavic Air IIs continues to be the way to go.  Note:  The newly released Mavic 3 Classic is essentially the same drone as the previously released Mavic 3 Pro (without the worthless 162mm equiv telephoto lens that shots only in Jpeg and has miserable image quality).  It’s literally half the price properly outfitted.  The drone, with the fly more kit (extra batteries, charging hub, etc) and bomber smart controller (a must, essentially an Ipad sized screen to control your drone, beats the pants off using your phone) is $2,400.

*Some of you may notice that the Mavic II Pro was listed as having 14 stops of dynamic range compared to 12.8 for the Mavic 3. What gives? After speaking with DJI’s tech support, they sheepishly admitted that the Mavic II only has 12 stops of range. The previously published specs were in fact wrong. Imagine that!

**Noise stacking is a technique to reduce noise by combining multiple images, typically in Photoshop. https://www.slrlounge.com/remove-reduce-noise-from-your-images/

DJI also recently announced the brandy new Mini 3 Pro.  This smaller drone weighs less than 249 grams (making it legal in locals/nations that have a 250gram drone minimum).  It’s super small, under $1,000 with all the goodies (smart controller as well) and easy to carry!  It also has a 47 min flight time with the premium battery option. So is it a good option for serious photographers?

Err…not really.  While they advertise it as having a 48 MP sensor, that’s complete BS.  The actual sensor is 12MP (.77 inches) and the 48MP number only refers to their pixel shift mode which basically sucks.  The Mavic 3’s sensor is 20MP (1.33 inches) has much lower noise and less chromatic distortion.  Plus unlike the Mini which gets blown around in big winds, the Mavic 3 can go out on days that would ground it’s little cousin.

Bottom line: The mini is a fun toy, but not something I’d use to capture any images to keep.  The Mavic Air2s is the better choice for the budget minded.  Better sensor(20mp/1 inch) , better image quality, beefier & able to handle strong winds. $999 or $1,300 with the “fly more” kit (includes two extra batteries & charging hub).  BTW:  Avoid the older Air 2(which also has a lame 12mp sensor). 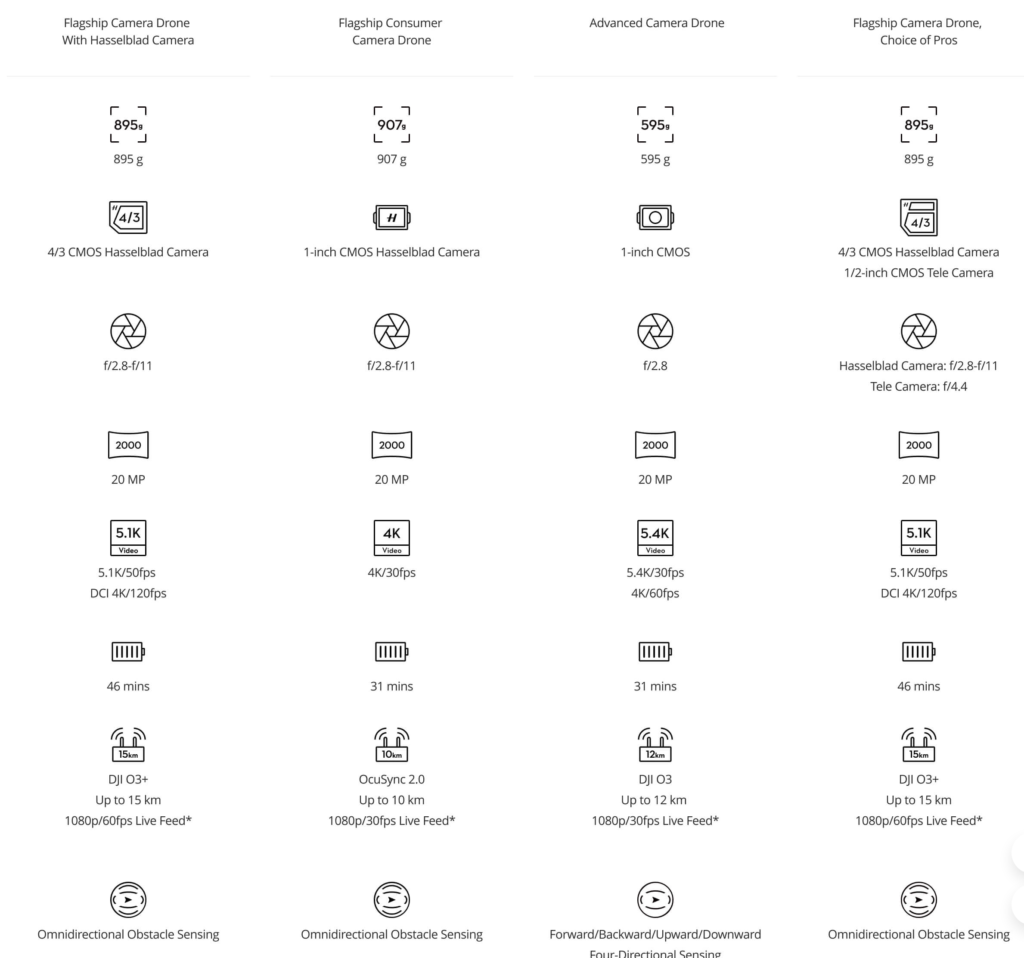 Get the Snitz Photo of the day!
Watching the fog roll out💨

“Rolling down the river “, John Fogerty.

Spider convention in the Ozarks 🕸

Snitz living on the edge😳

Crested Butte last week under a new dusting of sno